Ewing Interviews U.S. Attorney Walt Green for Around the Bar 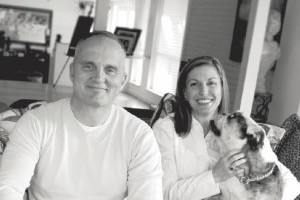 Senator Mary Landrieu recommended and President Barack Obama nominated Walt Green for the position of United States Attorney for the Middle District of Louisiana on March 13, 2014.  The U.S. Senate unanimously confirmed Mr. Green’s nomination on May 1, 2014, and he was sworn in on June 2, 2014.  Prior to being appointed U.S. Attorney, Mr. Green served as First Assistant to U.S. Attorney Don Cazayoux.  Mr. Green has been in the U.S. Attorney’s Office for the Middle District of Louisiana since 2000 and had previously served for three years in the District of Nevada.  His former duties as an Assistant United States Attorney include Weapons of Mass Destruction Coordinator, Anti-Terrorism Task Force Coordinator, Anti-Terrorism Advisory Committee Coordinator, and Deputy Criminal Chief.  Additionally, he served as the Acting U.S. Attorney from July 1, 2013 to June 2, 2014.

In addition to his duties as U.S. Attorney, Mr. Green is the Executive Director of the National Center for Disaster Fraud (“NCDF”), formerly the Hurricane Katrina Fraud Command Center, located in Baton Rouge, Louisiana. The NCDF is the central point for the receipt and processing of disaster fraud-related complaints nationwide.

I have always wanted to ask you about the giant steering wheel you have in your office.  What’s the story behind it?

While in high school, I worked as a horse wrangler for the movie North and the South.  It was filmed in Natchez, and the riverboat wheel had been used in the movie.  On the last day of shooting the prop master was supposed to take it back to New Orleans, but he decided that he wanted to go the most direct route to Hollywood so New Orleans was not in his plans.  As a result, he told me if I wanted it that it was mine.  I expended little time in loading it in the back of my truck, and I have had it with me ever since.

What made you decide you wanted to work in the U.S. Attorney’s office?

When I decided to leave the Marine Corps in 1997, I knew I wanted to continue in public service.  My mother was Chief Judge Jackson’s assistant when he was the First Assistant, so I was more aware then the average person of the work done by the office over the years.  Early on, being an Assistant United States Attorney was clearly a goal of mine.

For a person with such strong ties to Louisiana, how did you end up in Las Vegas?

I was living in Naples, Italy, my last duty station, and my Commanding Officer knew the then- First Assistant for the District of Nevada’s United States Attorney’s Office in Las Vegas.  He also knew I was interested in becoming an Assistant United States Attorney.  I had interviewed with Jim Letten in the Eastern District of Louisiana, and I was waiting to hear the outcome.

My Commanding Officer mentioned this to his friend, who asked that I send my resume.  Shortly after, The First Assistant called to see if I was available for a telephonic interview in five days.  I asked him if he had ever hired anyone over the telephone, and he told me that he had not.  So I called the airline and made it to the interview in person.  It did take me two days, five flights and a bus to get there, but that is how much I wanted to be an Assistant United States Attorney.  The United States Attorney hired me that day.

Your wife, Katherine, and you share a passion for combating human trafficking.  What led to this?

My wife has been interested in the issue of human trafficking, and she began educating me.  Katherine was the first chairperson of the Human Trafficking Task Force in the Middle District.  She also co-founded Eden House, a home in New Orleans for human trafficking victims.  You only have to meet and speak to one victim to realize that human trafficking is truly a modern form of slavery.

What are your other priorities as U.S. Attorney?

Of course, anti-terrorism is the number one priority of the Department of Justice; however, we also focus on public corruption, financial fraud, and large drug trafficking organizations.  The U.S. Attorney’s office and federal law enforcement also team with District Attorney Hillar Moore, Sheriff Gautreaux, and Chief Dabadie on BRAVE initiatives targeting violent crime in Baton Rouge.

How does your military experience influence you as U.S. Attorney?

The military is a great place to learn about leadership, and from the very first day you are given the chance to put those lessons to work.  The basics remain the same:  never ask anyone to do anything you would not do yourself, and remember your people are your most valuable asset. I have also learned that when things are chaotic, to remember that the first reports are almost never completely correct.  It is always better to wait for additional information before making an important decision.

You’ve served under a few U.S. Attorneys, how have they shaped your leadership style?

I have learned something about leadership from everyone I have worked for over the years.  Whether you agree or not with a person’s leadership style, you can still learn what is effective and what is not effective and determine whether it compliments your specific style or not.  However, I will say that Don Cazayoux is a tough act to follow.

What advantages and challenges come with being a career prosecutor?

The greatest advantage is the opportunity to try cases over an extended period of time.

The greatest disadvantage is that you will try cases over an extended period of time.

What is the most memorable case you’ve ever had?

As a prosecutor, the ones I have lost.  I remember those far more clearly than the wins.  As a defense counsel in the Marine Corps, the acquittals are just as memorable.

Who has been the most influential person in your life?

My father, another Marine.  I can sum it up as I did recently at a gathering by saying that he taught me that hard work is simply a rite of passage.  Similarly, when I departed for Officer Candidate School he gave me a note that said, “When things get tough, you just get a little tougher.”  I still have that note.  We lost him 15 years ago, but I still think of him every single day.

What advice would you give to a young lawyer who wants to work in the U.S. Attorney’s Office?

There is no one path to a United States Attorney’s Office as every U.S. Attorney can hire attorneys pretty much as they choose.  Each one of the 93 United States Attorneys may weigh attributes differently; I believe prior litigation of any type, criminal or civil, is important.  In our office, Assistants have varied backgrounds and experiences.  If you want to be a career prosecutor, I would suggest getting trial experience in any format is a plus.

The entire interview can be seen here