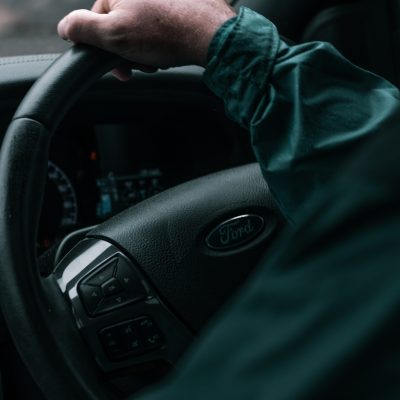 For years, Ford Motor Vehicle’s F-Series Super Duty truck models have been plagued by an errant suspension system which causes a vehicular condition known as the “death wobble.” This wobble is an issue that results in some F-Series trucks beginning to shake uncontrollably at high speeds.[1] Drivers report the shake as occurring after hitting a bump, pothole, or groove in the road. Complaints from truck owners about the defect extend back to 2005, with a definitive response or assistance measure from the automaker being just as prolonged. Recently, a class-action lawsuit has been filed against Ford.

In June 2019, a class-action lawsuit was filed against Ford by F-Series truck owners.[2] The suit alleges that Ford knowingly sold F-Series trucks (specifically F-250 and F-350 models between 2015–2019) that possessed a defective suspension system. The lawsuit was brought after a Ford truck owner tried to have his suspension fixed at a San Diego Ford dealership only to be turned away for lack of a visible problem. In a brief filed to dismiss the case, Ford asserts that the Ford truck owner never attempted to have his vehicle fixed during the limited-time warranty coverage.[3] Litigation in this case is still ongoing. However, if Ford has been proactive in any response, it has been to their legal recourse rather than consumer demands.

The lawsuit alleges that the death wobble is caused by a flaw linked to abnormal wear or loosening of parts such as the damper bracket, shocks, ball joints, or struts. As such, the shake has been a significant financial concern of Ford drivers for 15 years. The National Highway & Traffic Safety Administration has registered over 1,200 complaints, many of them about the cost of repairs.[4] Yet Ford has still not issued an official manufacturer’s recall, nor has there been a national recall from the NHTSA. Instead, the manufacturer has directed dealerships to replace certain steering components, the cost of which falls primarily to the truck owner. So far, owners of F-Series trucks that have experienced the wobble have spent thousands of dollars to correct a very dangerous issue.

While the financial cost of the death wobble is certainly important to Ford owners, the physical dangers of the defect should not be overshadowed. Lessin v. Ford states that the death wobble results in a nearly uncontrollable vibration which will “cause loss of control of the vehicle and difficulty steering while the [vehicles] are in operation at any time and under typical driving conditions or speed. This exposes the driver and occupants of the [vehicles], as well as others who share the road with them, to an increased risk of accident, injury, or death.”[2]

In January 2021, Ford filed a motion to dismiss the cases against it. The motion is still pending.