How Tech Caught the Austin Bomber 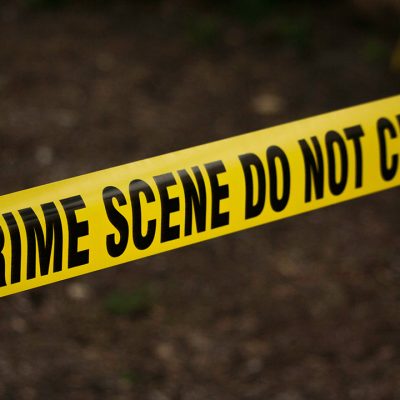 For three weeks in March, a serial bomber terrorized Austin, Texas. Mark Anthony Conditt killed two people and injured several others. The manhunt gripped the nation, drawing comparisons to the search for the Unabomber, Ted Kaczynski, who eluded capture for decades until the FBI caught him in 1995. However, technology has improved dramatically since the ’90s and played a central role in quickly ending the Austin bomber’s reign of terror.

The first three bombings were from packages left on a doorstep by the bomber. The bomber used a tripwire for the fourth bombing. The bomber’s final attempted method was mailing a bomb through FedEx, which exploded at a sorting facility near Austin. Authorities tracked it back to the drop-off location at a FedEx retail store. Surveillance footage captured the bomber dropping off the package in disguise, as well as the license plate number of his vehicle.

Police were likely able to track the direction the vehicle went, or where it had been in the past, using what’s known as Automated License Plate Readers. Austin, like many big cities around the country, uses ALPRs. They’re similar to red light cameras, but you won’t see them unless you know where to look. ALPRs are high-speed camera systems typically mounted on light poles, traffic lights, overpasses, and squad cars, which can change locations. They capture the license plate of every single passing vehicle, which is then uploaded into a searchable database. With ALPRs placed sporadically throughout a city, police can piece together the movements of a suspect’s vehicle.

Prior to catching the bomber on camera at the FedEx store, law enforcement tried to track down the suspect using the cell towers near the bombings. Law enforcement can issue a search warrant for a “tower dump” to provide historical records of all traffic on certain cell towers on specific dates. The FBI’s cellular analysis survey teams sorted through a vast amount of data from the cell towers and were able to zero in on the phone numbers that showed up repeatedly at each of the bombing sites.

However, once police obtained the bomber’s license plate, they were able to link that plate to his cell phone number. Then they could issue a search warrant to the phone provider for a detailed record of the cell towers his phone connected to in the past. Police could also issue a warrant to track the phone’s current location using cell tower triangulation. “Pinging” the phone reveals the three towers surrounding the target; calculating distances from each of the towers allows investigators to pinpoint a precise location.

A more powerful (and more controversial) tool used by the FBI is known as a “Stingray” device. A Stingray acts as a “cell-site simulator” or a fake tower, forcing all cellular devices in the area to connect to it. The device can fit in the trunk of a car, allowing law enforcement to drive around an area looking for a particular phone. It’s controversial because every other innocent phone in the area has its data scooped up as well.

Law enforcement obtained a search warrant for the bomber’s Google search history, revealing searches they found suspicious, as well as searches of other addresses in Austin.  Police were also able to track down store receipts of common household items he used to make the bombs, further confirming their belief that Conditt was the bomber.

Using all of these tools, police tracked Conditt’s location to a hotel outside of Austin. Police and federal agents gathered around the hotel awaiting more backup when Conditt got in his vehicle and drove away. Police followed and forced him to stop on the side of the interstate.  As a SWAT team approached his vehicle, he detonated a bomb, killing himself. Technology can often be over intrusive, but it certainly deserves much of the credit for quickly neutralizing this serial bomber.