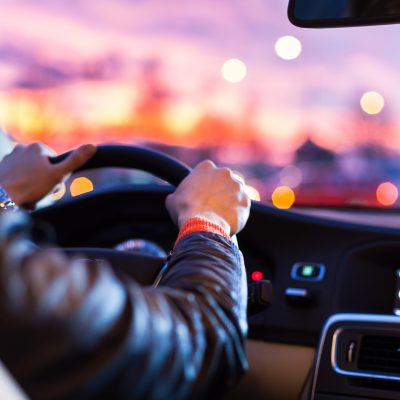 On March 18th, a self-driving Uber car being tested in Arizona killed a pedestrian. The autonomous Volvo SUV struck a woman crossing the street outside of the crosswalk. There was a driver behind the wheel, but the car was in autonomous mode at the time of the accident. Uber began testing their Volvo SUVs in Arizona in February of last year. Uber is also testing its autonomous fleet in Pittsburgh, San Francisco, Toronto, and Phoenix. After this accident, Uber suspended the self-driving testing in all of these cities.

The economic potential that autonomous vehicles represent has triggered a high-stakes competition between Uber, Google, Apple, Tesla, and major car manufacturers. These massive companies are in a race to be the first to achieve true autonomy, and are throwing loads of money at solving the problem. The company that finds a solution first stands to gain a significant market advantage over everyone still catching up. Truly autonomous vehicles could wipe out the trucking industry, taxi industry, and delivery industry in one fell swoop. Full automation of the $719 billion trucking industry could result in labor cost savings of about $300 billion. Thus, there’s a huge economic incentive for eliminating human drivers.

This heated competition has triggered lawsuits. Google’s Waymo sued Uber, alleging theft of trade secrets. A week into trial, Waymo and Uber reached a settlement, but the lawsuit resulted in some dirty laundry being aired out. The discovery process revealed the internal communications of these companies, shedding light on the mindsets of top executives. A win-at-all-costs mentality and desperation about coming in second was evident between both companies. Emails between Uber executives revealed their desire to “take all the shortcuts we can” because they saw it as “a race we need to win, second place is the first loser.”

Between 2014-2016, about 37,000 people died in car crashes each year. Part of the push for driverless cars and trucks has been increased safety and fatality reduction. Proponents of autonomous vehicles argue that a computer will make far fewer errors than human drivers, considering computers will not get distracted by phones, get tired, get drunk, etc. However, the Waymo-Uber trial inadvertently revealed that Uber’s motivation lies in achieving market dominance.

Additional fatalities are likely to happen as this technology proliferates and becomes more common, but any PR spin from Uber about its commitment to safety may ring hollow due to the short-cut strategy endorsed by its executives. More importantly, Uber will face massive legal liability for wrongful deaths and injuries if plaintiffs show safety concerns were ignored in pursuit of winning the race.

Uber is fully aware of this potential liability. From a cynical perspective, it’s possible that Uber believes the profits they stand to gain from winning will dwarf wrongful death and personal injury losses by so much that shortcuts are worth it. Thus, paying for fatalities and injuries may just be a cost of doing business in Uber’s quest to dominate the autonomous car market.