The Downside of Bitcoin 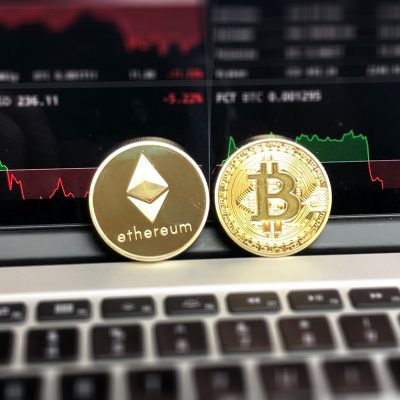 An attractive feature of bitcoin is that while every transaction is transparent and public, the parties involved are anonymous.  If Party A transfers 3 bitcoin to Party B, they would only be identified by their bitcoin address or “public key.” A user’s “private key” serves as their signature or password and remains hidden.  However, no personally identifying information is necessary to complete the transaction.

Bitcoin was initially adopted by true believers of blockchain technology’s potential, but also by a less savory bunch.  Bitcoin’s anonymity and lack of regulation was enticing for criminals and those looking to fly under government radar.  Thus, bitcoin’s early days saw it become the lifeblood of the digital black market.  For several years, a criminal marketplace known as the Silk Road flourished on the “dark web.”  Before it was shut down in 2013, one could purchase illegal drugs, guns, child pornography, and even hire hit men.  During this time, 30% of all bitcoin transactions took place on the dark web, but now that number is down to 1%. Bitcoin was initially cheap and relatively stable, but this past year’s catapult to nearly $20,000 and subsequent volatility has led the criminal element to adopt other cryptocurrencies.  When the FBI shut down the Silk Road, they seized what is now worth $1.2 billion worth of bitcoin.

While criminal transactions using bitcoin have dropped, it is still an attractive option for money launderers.  New research shows bitcoin has led to a large upswing in money laundering.  Now that bitcoin is more mainstream, a growing number of real estate purchases are being made with bitcoin, offering ripe opportunities to convert illicit funds into legitimate assets and cash.  However, the law surrounding money laundering and bitcoin is still being settled, including whether it is subject to the same federal banking regulations as traditional currency.

Numerous factors make bitcoin an extremely risky investment.  Bitcoin was created out of thin air by computer code. Bitcoin has no underlying value, other than what people are willing to pay for it.  Its valuation isn’t tied to performance like a company’s stock price, but simply by the whims of market demand.

Bitcoin’s recent roller coaster price changes have caught the attention of government regulators.  The wild west of bitcoin will likely soon be tamed by the Commodity Futures Trading Commission and the Securities and Exchange Commission.  The uncertainty about future regulation and its effects will continue to fuel bitcoin’s volatility.

Another major issue for volatility are the exchanges where bitcoin is bought and sold.  One of the most popular, Coinbase, has experienced severe growing pains since demand ballooned so quickly.  At the height of the recent bitcoin boom, the Coinbase exchange crashed several times due to the volume of trading occurring.  With huge price swings occurring by the minute, the inability to sell for hours at a time caused many to lose thousands of dollars.

Bitcoin was the trailblazer of the cryptocurrency world, but there are now thousands of other cryptocurrencies and blockchain platforms.  Bitcoin also only serves a specific function – transferring money. Bitcoin cannot be rewritten now to include added functionality that other cryptocurrencies have added, like “smart contracts.”  This inflexibility may hurt bitcoin in the long run.