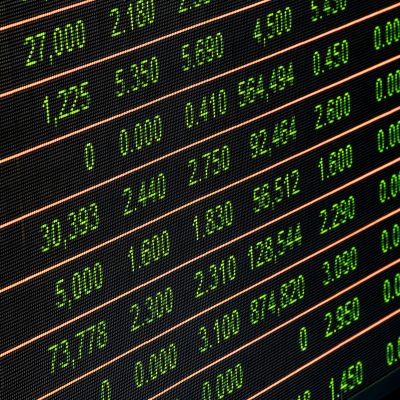 Since the world embraced computers, connected via the internet, and converted mass amounts of sensitive data into digital form, several problems have arisen.  Hacking, identity theft, and manipulation of digital data plague businesses, consumers, and governments daily. It’s very difficult to trust and verify the identity of someone you’re conducting business with on another continent, that you’ll receive what they claim to be selling, and that your payment will get there securely and quickly.

These problems slow commerce down and create costs, usually in the form of lawyers or other middle men doing the verification leg-work.  Blockchain technology helps eliminate concerns about hacking and trust, greatly reducing transaction costs and processing times.

Even if Bitcoin fizzles out tomorrow, the underlying blockchain technology is not only here to stay, but primed to grow exponentially…and soon.  You can look at Bitcoin like Myspace, one of the first social media platforms. Even though Myspace failed, the concept of social media lives on in countless other manifestations.  Many pundits believe blockchain technology will be “the next Internet.”

A “smart contract” is a commonly discussed application for blockchain technology.  A smart contract is automatically executed when certain predefined conditions occur (if X does Y, then execute Z).  Smart contracts theoretically allow individuals or companies to craft contracts with highly detailed conditions, but without the need for a legal document written by a lawyer.

Currently, if parties to a contract either don’t perform or don’t pay, the aggrieved party must sue the breaching party to get paid or get their money back.  This all costs time and money, even if the contract is honored.

The blockchain replaces lawyers and courts in a smart contract.  Let’s say I create a smart contract with the following conditions: I want 5 bushels of apples at a price of $200 delivered in 5 days.  Johnny Appleseed accepts and our smart contract becomes part of the blockchain, with its precise terms fixed and recorded across thousands of other computers.  Upon acceptance, $200 would automatically be deducted from my account, but not yet given to Johnny. If the apples arrive on the 5th day, that $200 automatically transfers to Johnny.  If Johnny fails to deliver on the 5th day, I automatically get my $200 back.

Additional conditions could also be built in, such as automatically giving me $10 from Johnny’s account if he fails to deliver by Day 5, charging either party $5 for backing out before Day 5, automatically refunding my account the price of however many apples he shorts me, etc.

Research by Accenture estimates that investment banks alone could save up to $12 billion per year using blockchain and smart contracts for financial transactions.[1]  There will be many practical and legal kinks to work out before smart contracts gain widespread use, but businesses and consumers will certainly jump at the opportunity to avoid dealing with contract lawyers and the judicial system once a viable alternative presents itself.

Major players in the global food supply chain are poised to adopt blockchain, with IBM announcing a collaboration with several grocery chains and food suppliers such as Walmart, Kroger, Dole, and Tyson Foods.[2]  The goal is to streamline the entire process by securely and transparently tracking goods at every step, from the farmer to the store shelf.  Blockchain will reduce inefficiencies with ordering, shipping, and billing; most importantly, it will increase food safety by tracing sources of contamination, helping to quickly stem the spread of illness.

Coca Cola and the U.S. State Department are launching a project using blockchain’s digital ledger technology to create a secure registry for workers that will help fight the use of forced labor worldwide.[3]

Practically every industry is now analyzing how blockchain technology can reduce inefficiencies and establish trust through verification in a secure and transparent manner.  Blockchain has the potential to revamp even historically bureaucratic fields, such as healthcare, real estate, automotive/land title work, insurance, and the judicial system.