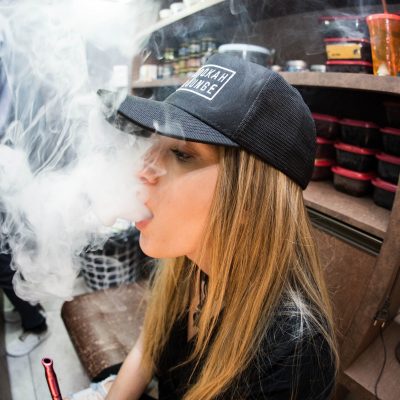 In recent years, there has been a surge in popularity in the use of vaping devices for the consumption of tobacco and marijuana. E-cigarettes or “vapes” come in many shapes and styles, but they generally consist of a battery that heats liquid containing nicotine or marijuana to produce vapor. The liquid is commonly contained in pre-filled cartridges or pods that attach to the battery and heating element. Vaping has been touted as a safer and healthier alternative to smoking cigarettes because it doesn’t involve inhaling the burnt tobacco or other carcinogens and chemicals contained in cigarettes.  However, there has recently been a surge in lung illnesses associated with vaping that has caused alarm across the country.

Federal data shows that there have been 1,888 cases in the US of vaping-related lung illness.[1] The Centers for Disease Control and Prevention reported that there have been 37 deaths confirmed in 24 states. According to the FDA, patients have reported a gradual start of symptoms, including breathing difficulty, shortness of breath, and/or chest pain before hospitalization. Some cases reported mild to moderate gastrointestinal illness including vomiting and diarrhea, or other symptoms such as fevers or fatigue.[2]

Although these numbers may be small in comparison to those associated with the damage inflicted by traditional smoking, they have been enough to catch the attention of Washington D.C. President Donald Trump is expected to finalize plans with the FDA in the upcoming week to ban all flavored vaping products, with the exception of tobacco and menthol flavors.[3] While the impetus for putting this plan into action may have been related to the widespread media reports about the vaping illnesses, it’s possible the intended target of the flavor regulation is to curb the explosion of youth vaping.

Based on the preliminary research regarding the culprit causing the harm, it is not clear the new FDA regulations on flavor restrictions will have any effect on preventing the vaping lung illnesses.[4]  Data on the affected individuals shows the illness has been associated with those using vaping devices containing marijuana/THC. These THC-containing cartridges are also coming from black market sources, as opposed to legal marijuana dispensaries.

The FDA has hypothesized that Vitamin E acetate, which is used as a thickening agent in these black market products, may be what is causing the harm. The FDA has opened a criminal investigation alongside the Drug Enforcement Agency to track down anyone manufacturing illicit and adulterated vaping products. While the FDA appears to be enacting policy only prohibiting the usage of flavors, certain states have taken more aggressive approaches.  Massachusetts enacted a four-month ban on all vaping products. Juul, one of the most well-known vaping manufacturers, has already restricted its sales to only the flavors of tobacco, menthol, and mint.

While the recent outbreak of lung illness has been primarily linked to black market THC products, the publicity these cases have received has led to regulation by the federal government as well as some state governments. As of now, Louisiana has not enacted any form of a ban on vaping products. It remains to be seen how effective the new FDA regulations will be at curbing youth vaping or this new illness and whether they may become more expansive in the future.